Celebrating Our 20th Anniversary: A Throwback to the Year HMS Was Founded

2022 marks the 20th year of Healthcare Management Solutions, LLC (HMS), which has been working ever since its founding to protect vulnerable seniors, veterans and others who rely on healthcare and long-term care facilities. The company was born just 11 months following the terrorist attacks of September 11, 2001, as the nation was beginning to recover. This blog post looks back over these two decades, offering both a celebration of our mission and a peek at some notable happenings in the U.S. circa 2002.

Leah Heimbach and her former business partner, Patti Hodges, (who retired in December 2016) launched HMS on August 8, 2002. The very next day, San Francisco Giants outfielder Barry Bonds hit his 600th career home run. And Kelly Clarkson won the first American Idol competition about a month later. Coincidences? Maybe. Or… was bravery and greatness simply in the air? (Alas, on October 27, the Giants succumbed to the Anaheim Angels in Game 7 of the 2002 World Series.)

Super Bowl XXXVI on February 3 saw the New England Patriots beat the St. Louis Rams 20–17 in New Orleans, a result some at HMS would mourn while others would cheer. The band U2 performed during the halftime show and paid tribute to the victims of 9/11.

A musical side note: 2002 was the 47-year anniversary of “Feudin’ Banjos,” the song that turned into “Dueling Banjos” and topped the country charts in May 1973 after its breakout in the 1972 movie, Deliverance.

In movieland, Halle Berry became the first black woman to win the Best Actress Oscar for her role in Monsters Ball at the 2002 Academy Awards. Spider-Man was released in theaters on May 3 as the first film in the trilogy. And July 6, 2002, was the eight-year anniversary of the 1994 film Forrest Gump.

While Forrest was a fictional character, an actual southerner was also having a good 2002: former U.S. President (and Navy vet) Jimmy Carter. He had gone to Cuba May 12 for a five-day visit with Fidel Castro, becoming the first U.S. president, in or out of office, to visit the island since Castro’s 1959 revolution. In October, Carter received the Nobel Peace Prize for dedicating his life to promoting peace, democracy, and human rights worldwide.

Understandably, comfort foods were all the rage in the year following the 9/11 attacks. (Americans often seek emotional support through our stomachs.) Restaurant menus were full of meatloaf, chicken pot pie, mac ‘n cheese, pizza, and other stick-to-your-bones country cookin.

We leave you with one final 2002 memory: on July 17 that year, Apple CEO Steve Jobs said, “The award-winning iPod now comes in models that are more affordable, thinner and hold up to 4,000 songs in your pocket.” Alas, Jobs passed away in 2011, and Apple discontinued its revolutionary device just this year.

It’s fun to look back at the ups and downs of pop culture, the rapid technological turnover, and the shifting styles and trends society has seen over these past 20 years. But amid all those changes, HMS has remained steadfastly committed to helping vulnerable populations. That mission is as vibrant today as it was in 2002, and will be for many years to come. 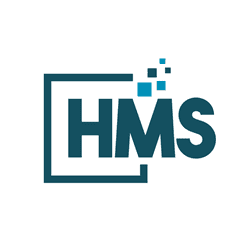